Home > Where to Look > Irresponsible Lenders and Your Rights 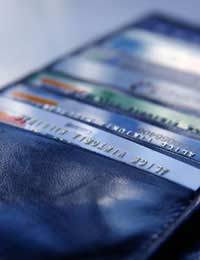 Debt due to irresponsible lenders has always been a major problem in the UK, and knowing your rights will be one way to avoid this problem. Lenders will use a number of different ways to entice borrowers into applying for loans or to use their credit cards even though they know they are being irresponsible. It is in the borrower’s best interest and safe financial future to also make sure that they are borrowing responsibly.

One of the main reasons behind irresponsible lending is the competitive lending market. Banks and other financial institutions are in competition with each other and they need as many customers as they can. A number of banks have been found guilty of giving loans without checking if the borrowers can realistically afford the repayment amounts. Add to the repayments the charges and fees when borrowers are late with payments and the debt problem begins to escalate.

Most people would be perplexed as to why financial institutions would lend irresponsibly if there was no hope of the loan being repaid. Many borrowers will simply come to the conclusion that loans are written off if they cannot be paid, but this is never usually the case. Lenders such as banks and building societies will simply sell these debts on. By selling on the debts the lenders will not be left out of pocket if the borrower defaults, the borrower will then be hounded by debt collection agencies.

There are a number of ways that lenders can act irresponsibly when it comes to loans and credit cards or even mortgage loans. These can include:

Raising credit limits on credit cards and overdrafts is a simple form of irresponsible lending. Lenders can apply this service without the need to inform the customer. Customers then find they have more credit to spend and will only realise when the monthly statement hits the doormat. Charges and fees will then be applied if the customer is unable to make the monthly payments due to overspending. This sort of irresponsible lending can lead to very serious debt problems with fees and charges accumulating and spiraling out of control.

Lending to Those on Low Income

There are many lenders that will have no problem lending to people who are on benefits or have a very low income. The annual interest rates will be very high and for the borrower it is usually the only option they can take. This can often lead to spiraling debts as borrowers pay off one loan and immediately take out another high interest loan. Borrowers on a low income can find it very difficult to become debt free once they are caught in this repeat loan cycle.

Irresponsible Lending and Your Rights

Borrowers do have rights when it comes to irresponsible lending. For instance if a credit agreement was advertised in a misleading manner or the contract was unclear then it may not be upheld in a court of law. There are also some basic human rights that are broken every day by unscrupulous debt collectors as an end result of irresponsible lending. Bailiffs and debt collectors must abide by certain rules lain down by the Human Rights Act and can be prosecuted for using harassment. The Citizens Advice Bureau should be the first point of call if harassment actually occurs.

There have been a number of cases where lenders have been found guilty of irresponsible lending. If a lender supplies a loan knowing that the borrower will have no chance of repayment then this may be grounds for irresponsible lending. The Financial Services Authority has actually fined lenders for inflating customers’ incomes on mortgage loans. Borrowers should always make sure they can afford repayments on loans. However, they should also keep and eye out for irresponsible lenders who have no regard at all for the borrower’s secure financial future.

How to Use a Loan Broker